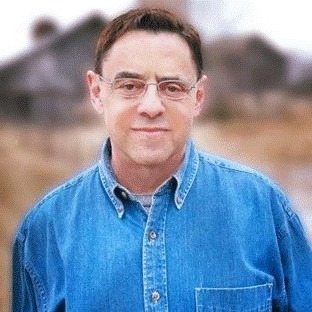 Board Member and Executive Director

Dr. Steve Brown,. Board Member and Executive Director of The John F. Tinker Foundation. Created in May of 2018, this 501 (c) (3) public charity was created to celebrate the 50th anniversary (in 2019) of the landmark U,S. Supreme Court decision in Tinker v. Des Moines.

Professor of Educational Leadership at the University of Texas Permian Basin. August 2020 – August, 2021.  Teaching graduate educational leadership courses in the M.A. programs.  Courses taught include: School Law and Ethics; The Superintendent and School Board Relations.

Prior to his academic appointment at UW-Oshkosh in September of 2015, Steve was a tenured associate professor of Educational Leadership at Texas A & M University-Corpus Christi. And before that, Steve was a tenured full professor at Northeastern Illinois University from 1989-2012.  He also served as program coordinator of the Educational leadership program for 8 years and 2 years as Department Chair. In addition, Steve served as Special Assistant to the University President for 2 years and successfully chaired the university’s NCA (Now HLC) 10 Year Self-Study for re-accreditation.

Besides his academic credentials as a tenured professor over the past twenty-four years, Steve is also an award-winning playwright and broadcast producer and writer. His broadcast experiences include serving as an executive producer and programming director for an affiliate of National Public Radio and Wisconsin Public Radio, as well as news anchor and investigative reporter for a CBS Television News affiliate in Tampa, Florida.. He is also the co-founder of 17-time award winning WGTD Public Radio Theater, based in Kenosha, Wisconsin, now in its 14th season. WGTD Public Radio is owned and operated by Gateway Technical College in Kenosha, Wisconsin.

Steve is the co-playwright of the award-winning stage play, “Brown. Thurgood Marshall and Earl Warren: A Conversation,” based on the 1954 U.S. school segregation Supreme Court case of Brown v. The Board of Education. The play was performed in November of 2015 at the President Ulysses S. Grant Historic Site in St. Louis, Missouri, by special invitation from The National Park Service.

In 2014, Steve was named “The 2014 Oliver L. Brown Distinguished Scholar for Diversity Issues,” by Washburn University and the Brown Foundation, both of Topeka, Kansas.

Steve also co-wrote “And on the Eighth Day: Bryan v. Darrow,” which is an award-winning play about the 1925 Scopes “Monkey” Trial, debating the issue of evolution versus creationism, which was also performed in the actual Scopes Trial courtroom in the Rhea County Courthouse, in Dayton, Tennessee. That performance took place in 2013.

In addition, Steve along with co-writer Michael Ullstrup, penned “A Fireside Chat: A Conversation with Franklin Delano Roosevelt,” which had its world premiere at the FDR Presidential Library in 2011. A new stage play, “ELEANOR R: The First Lady of the World,” will have its world premiere in the Fall of 2020. This will be a one person play, featuring Vittoria DuMez as Eleanor Roosevelt.

In the Fall of 2016, Steve had two peer reviewed journal articles published with Cheryl Brown Henderson, daughter of the late Rev. Oliver L. Brown, after whom the case of Brown v. The Board of Education is named. One article is entitled: “BROWN at 62: Marching Back Into the Future.” A second journal article is ” The Southern Manifesto: A doctrine of resistance 60 Years later.”

Board Member and Executive Director of The John F. Tinker Foundation. Created in May of 2018, this 501 (c) (3) public charity was created to celebrate the 50th anniversary (in 2019) of the landmark U,S. Supreme Court decision in Tinker v. Des Moines.

Board member and CEO, The Brown-Ullstrup Performing Arts Foundation.